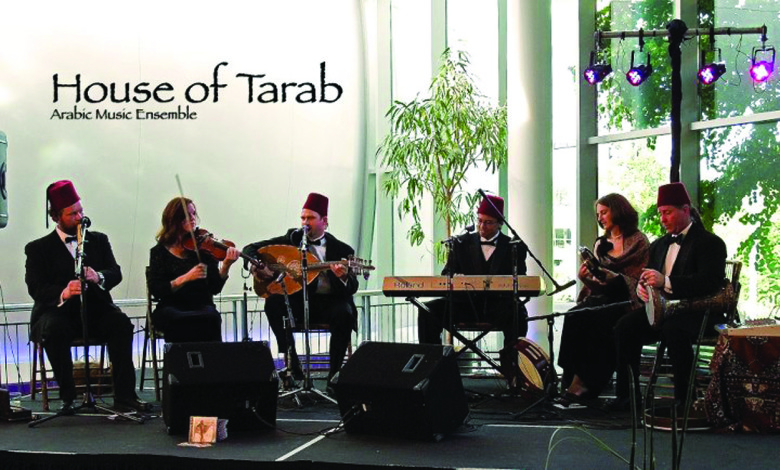 Join Confluence Gallery for an intimate concert with members of House of Tarab from Seattle. House of Tarab specializes in the “Golden Era” music of Egyptian Cinema.

Tarab refers to the state of ecstasy one enters when emotionally moved by live music. The trio will feature David McGrath on nay (flute), Stephen Elaimy on oud (fretless lute), and Jane Hall on riqq (tamborine).

As founding members of Seattle’s House of Tarab Arabic Music Ensemble, Stephen, David, and Jane have been studying and performing together for over 18yrs both nationally and internationally. They will present 19th and 20th century classical Arabic music from Egypt, Syria, Lebanon, and Palestine, as well as, Turkish devotional and meditation music, accompanied with poetry by Rumi (Sufi poet).

Don’t miss this opportunity to hear this cultural musical experience in an intimate setting at Confluence Gallery!