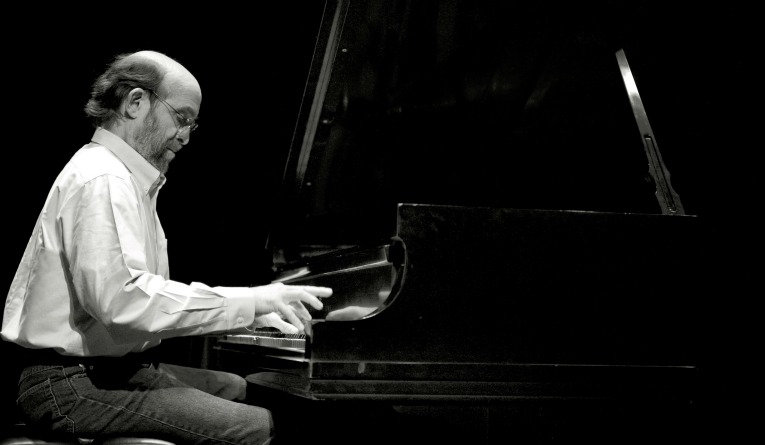 Renowned pianist George Winston returns to the Methow Valley to perform at the Community Center in Twisp Tuesday, September 25.

George grew up mainly in Montana, and spent his later formative years in Mississippi and Florida. During this time, his favorite music was instrumental Rock and R&B. Inspired by Jazz, Blues and Rock, George began playing organ in 1967. He switched to the acoustic piano after hearing recordings by the legendary stride pianists Thomas “Fats” Waller and the late Teddy Wilson. In addition to working on stride piano, he also came up with this own style of melodic instrumental music on solo piano, called folk piano. In 1972, he recorded his first solo piano album, BALLADS AND BLUES 1972, for the Takoma label.

George has released ten other solo piano albums including several that were platinum sellers such as AUTUMN, WINTER INTO SPRING, and DECEMBER. His latest solo piano release is LOVE WILL COME-THE MUSIC OF VINCE GUARALDI, VOL. 2, which features compositions by the late jazz pianist, including pieces from the Peanuts’ TV specials. His most current album SPRING CAROUSEL-A CANCER RESEARCH BENEFIT was released in 2016.

George also plays harmonica and solo guitar. He is recording the masters of the Hawaiian Slack Key guitar for an extensive series of albums for Dancing Cat Records. Slack Key is the name for the beautiful solo fingerstyle guitar tradition, unique to Hawaii, which began in the early 1800s and predated the steel guitar by over half a century. This concert promises to be a special treat that you won’t want to miss. The event will also benefit the Cove Foodbank in Twisp.