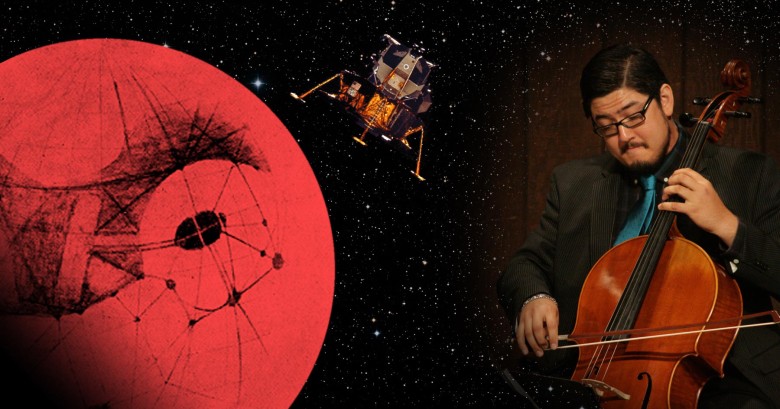 Paul Wiancko takes you to Mars.

“I like to think of the artists who appear at the Methow Valley Chamber Music Festival as part of an extended family,” says Executive Director Liz Johnson. “When they aren’t here, they are always off doing something amazing, somewhere.”

For example, Paul Wiancko, noted cellist, composer, and frequent guest at the Festival, has just completed a unique piece for solo piano on commission from Dr. Peter Smith, a NASA scientist who helped design the Mars Pathfinder.

The piece represents the music of a future human society on Mars–a Martian anthem of sorts–written from the perspective of a Martian composer paying tribute to the humble beginnings of his own colony. The music opens with the sound of an immense planet slowly coming into view, followed by settlers who land and install blunt (but advanced) mechanical components. A severe, yet expansive, rhythmic and tonal palette depicts the Martian terrain, giving birth with a triumphant “bang” to a new civilization set into motion with evolving beauty. “Our Rusty Planet” premiers at the Newburyport Music Festival on March 28, 2015, with British pianist Clare Hammond.

Whether this work ever comes to the Methow is still in question, but given Paul’s reputation, it is probably worth a listen even if you have to go to Mars for the concert.