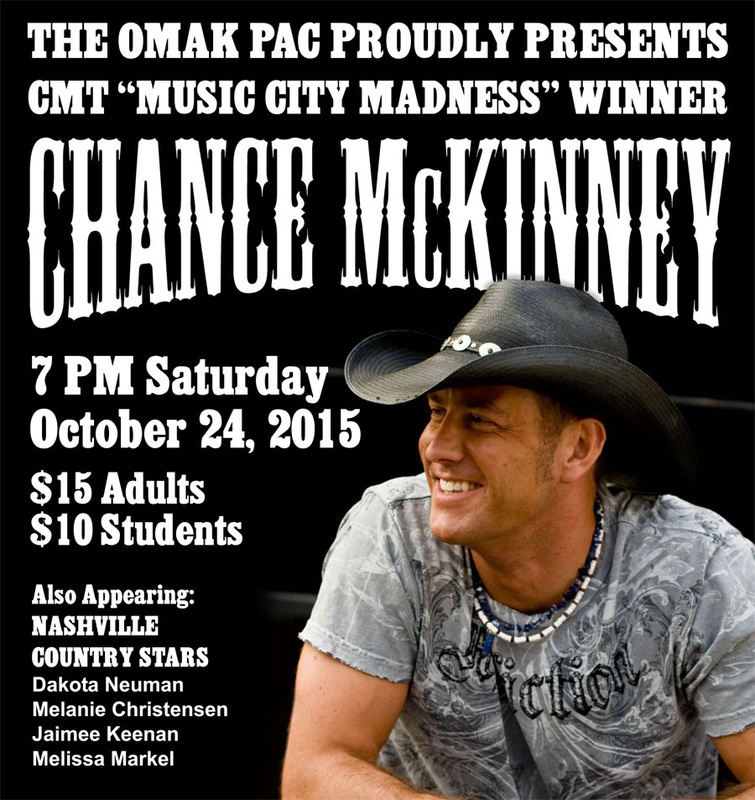 The Omak Performing Arts Center Foundation is pleased to announce that Chance McKinney will be kicking off the 2015/2016 PAC Performance series with a concert featuring his brand of “Industrialized Country” on October 24, 2015.

While some of you may be familiar with Chance’s story, here is a short bio. Chance, a former All-American Javelin thrower at WSU, was teaching math in Mill Creek, WA. when he submitted his song “Be Real” to CMT (a scant two minutes before the online deadline). “Be Real” would go on to win the “Music City Madness” contest, and earn him a recording contract and appearances on CMT’s “Top 20 Countdown”, CMT “Studio 330”, CMT Online and CMT Insider. The “Math Teacher by day, Country Entertainer by night” isn’t a tale often told in media circles.

How do you go from a week on tour with Blake Shelton, Luke Bryan or Dierks Bentley to teaching trigonometry and pre-calculus? There’s only one guy who would know the answer to that question.