The Methow Valley Interpretive Center is kicking off their 2014 season with a special showing of “Coming to Light” the story of photographer Edward S. Curtis and the creation of his monumental portfolio of Native Ame 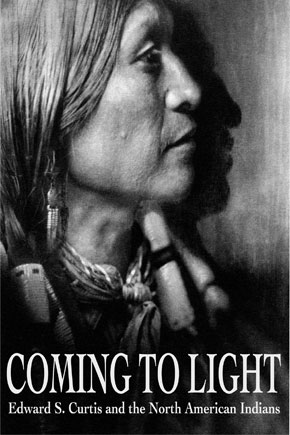 rican images. Directed by Anne Makepeace,  the movie chronicles the life of Curtis and interviews descendants of his photographic subjects – Hopi, Navajo, Cupig, Blackfeet, Piegan, Crow, Suquamish and Kwakiutl –  who tell stories about the photographs, and reveal their meaning to Indian people today.

Anne Makepeace has been a writer, producer, and director of award-winning independent films for more three decades. Coming to Light, premiered at Sundance, was short-listed for an Academy Award in 2000, broadcast on American Masters in 2001, and won many prizes, including the O’Connor Award for Best Film from the American Historical Association, an Award of Excellence from the American Anthropological Association, a Gold Hugo from Chicago, Best Documentary at Telluride, and many others.