Breaking down Walls through Theatre

When Merc Playhouse artistic director Ki Gottberg describes something as ‘theatrical,’ she doesn’t mean it’s melodramatic or over-the-top. “Theatrical is about being in a room with other people,” she said. “I think of theater as kind of a secular church. You’re there to witness human behavior and human choices – the things people yearn for and aspire to.”

The audience is as integral a part of that roomful of people as the actors and director. “I don’t think most audience members realize how potent they are,” said Gottberg. Actors constantly track the audience’s response and then adapt what they do on stage, she said. 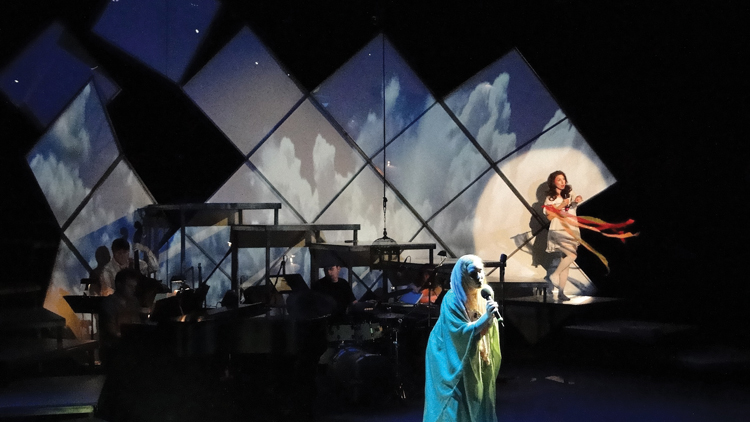 Gottberg contrasts that with the one-way medium of film. “Film is not the tightrope theater is,” she said. “Theater is a very palpably live experience – it’s the difference between going to a concert and listening to a CD.”

But theater goes beyond the basic medium to create deeper possibilities. “For me, theater is a forum where people can come together from many backgrounds, talk about big ideas, and can become unified. It feels inclusive, feels good,” she said.

This dynamic interrelationship is heightened at an intimate theater like the Merc, which seats just 150. Now in her third year there, Gottberg finds leading a community theater is consistently challenging and satisfying.

It’s Gottberg’s job to select shows, with input from the board of directors and a programming committee. Planning the season is a balancing act, mixing thought-provoking drama with time-tested favorites and children’s theater, and identifying plays that can be done with a small pool of local actors and limited sets – limited by space and budget. 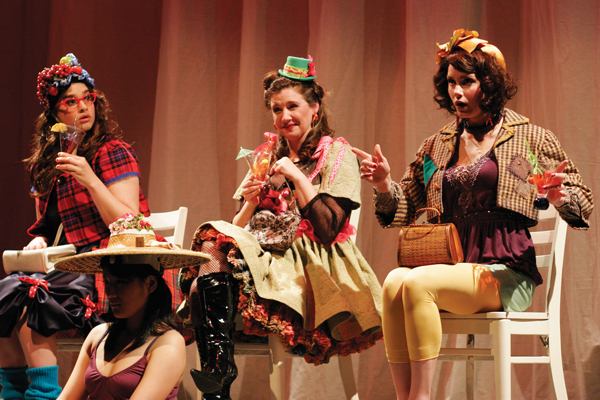 The first play Gottberg staged at the Merc was Twelfth Night, which she transplanted to a Western town. It was the first Shakespeare ever done at the theater. “It’s exciting to make something like Twelfth Night with people who’ve never done Shakespeare before,” she said. “It was so much fun.”

“You can’t just do crowd-pleasers,” she said. “I’m interested in theater that is challenging, but I’m pretty good at choosing things people will enjoy and like.”

Gottberg has spent almost all of her adult life in theater – acting, teaching, and directing – but she didn’t act at all until she had a minor role in college. In fact, she had always expected her involvement in art would be as a creator of visual art, not live performance.

“I was interested in political art – in printmaking, where I could make multiple images,” she said. “I was very interested in art that’s not exclusive.” Making prints fulfilled some of those goals, but it also felt too solitary.

Gottberg took a break from college to spend a year in Germany with relatives (her father was German and fled persecution during WWII). She 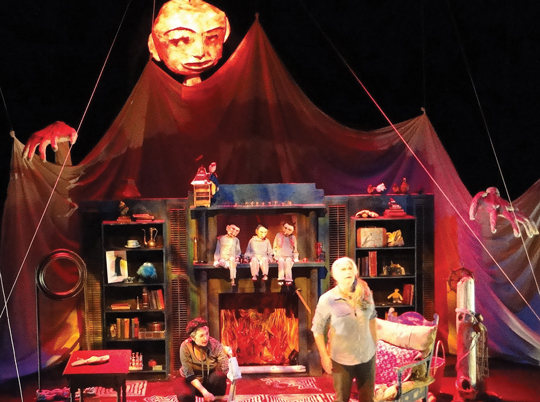 began going to the theater, in part to improve her German, but she also found herself attracted to the whole environment. “Theater was really rich – people were collaborating all the time,” she said.

Gottberg’s explorations also took her to a utopian community in Japan, part farm and part artists’ collective. To earn money in Japan, she found work as a fashion model, which necessitated its own version of performance.

“It was a fluke,” she said, “but I learned to embody ideas with my body.” The modeling work enabled her to assemble a portfolio for acting auditions when she returned to the U.S.

Gottberg landed a few small parts, but it took two years before she was accepted (by audition) to the graduate theater program she wanted to attend. “In grad school, you’re basically in an acting company – it was on-the-ground experience, super-intensive,” she said. They did everything from musicals to comedy to Shakespeare, and every student acted, sang, and danced. She also started to write for theater.

After graduation, Gottberg worked in contemporary theater in Seattle and Portland, writing and acting as much as possible. She paid the bills by doing voice-overs for commercials and was the voice of the Bon Marché department store for seven years.

She soon began to teach at Seattle University, where she has been a professor of theater for almost 30 years. 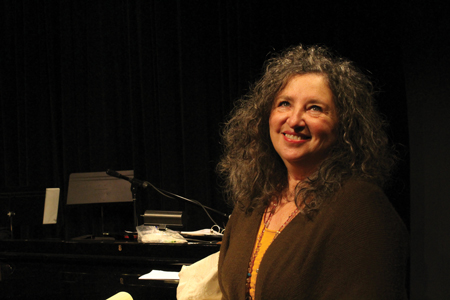 After all those years, Gottberg still finds creating a work of theater exhilarating. “You discover layers and layers of meaning. Connections unfold in front of you,” she said. “Theater is all about the suspension of disbelief. Imagination is given free rein – that’s one of the most powerful things about being human – the ability to imagine.”

She also finds it a way to access an aspect of humanity that can be elusive. “It’s like creating a tribe – you’re working on this thing together. You all understand something together,” she said. “That’s rare.”

In addition to teaching, acting, and directing, Gottberg still writes for theater, creating plays she describes as “really experimental and avant-garde.” One features a basketball court and a piano, girls in wheelbarrows, and objects that speak.

Gottberg likes to break the “fourth wall,” the imaginary barrier between the actors and the audience. “My work really plays with the conventions of theater,” she said.

She usually directs the first production of her plays. “That makes me feel I’ve finished the play,” she said. It also provides an opportunity to adapt the script based on input from the actors. “Actors are a great source of material. They let you know if lines don’t feel right,” said Gottberg. “It’s very collaborative, and the actors are excited because they have a voice in how the script is coming together.”

The group process is what Gottberg prizes most about theater. “Theater is very collaborative by nature. Actors are usually the lowest on the totem pole – they’re told what to wear, how to talk. But actors have a invaluable understanding of character. It becomes a give-and-take.”

“People think what acting is about is a bunch of showboating – like they’re saying, ‘look at me,’” said Gottberg. “But real acting is about totally surrendering the self, and making choices that bring to life the things about your character that illuminate the script. The best actors let go of their ego.”

In addition to three or four major staged productions, each season at the Merc includes several plays done as readers’ theater. Readers’ theater has proven popular with actors, since it doesn’t require as great a time commitment and it provides an ideal entry for people with little – or no – experience acting or directing. Some theater-goers have told Gottberg they actually prefer it, because it removes the distractions of scenery and costumes.

Gottberg urges anyone with an interest in theater – even if they have no prior experience – to audition for a show. “I feel very confident in my ability to pull performances out of people. That’s what my life’s work has been – teaching theater.”

“People worry about memorizing their lines – that’s the easy part. What’s hard is embodying the character,” she said.

“I’m just trying to raise the bar the way I know. I’ll make them better actors and won’t burn them out – so they’ll want to come do it again.”

That degree of involvement is the essence of a small, community theater like the Merc. “It lets you explore, get into ideas in classic and new plays, and make something really important for the community,” she said. “I’m not interested in theater as a museum. I’m interested in live theater – as live as the culture is.”

Upcoming season at the Merc:

The Wind in the Willows (children’s play): April 29 to May 8

The Women of Troy (a Seattle University production): May 21