Crisp, witty exchanges pepper this light hearted and inventive thriller that unfolds with a series of macabre twists. A thriller writer indulges in vitriolic word duels with his estranged wife until sh 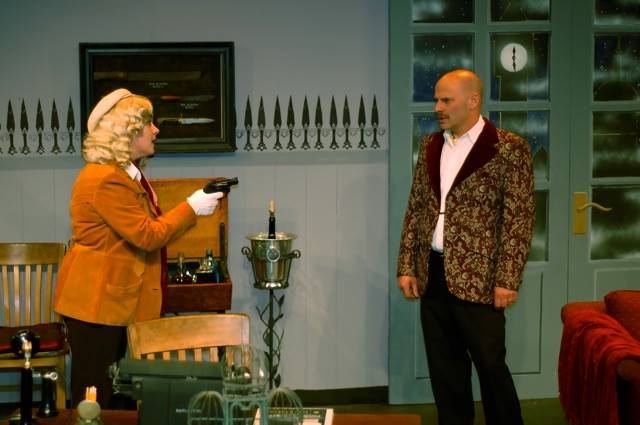 e shoots him. An amateur detective from next door attempts to solve the murder before calling the police. But appearances are never quite what they seem and the audience is left trying to figure out who did it. Snappy exchanges poke fun at marriage, money, mystery, and, of course, novelists.