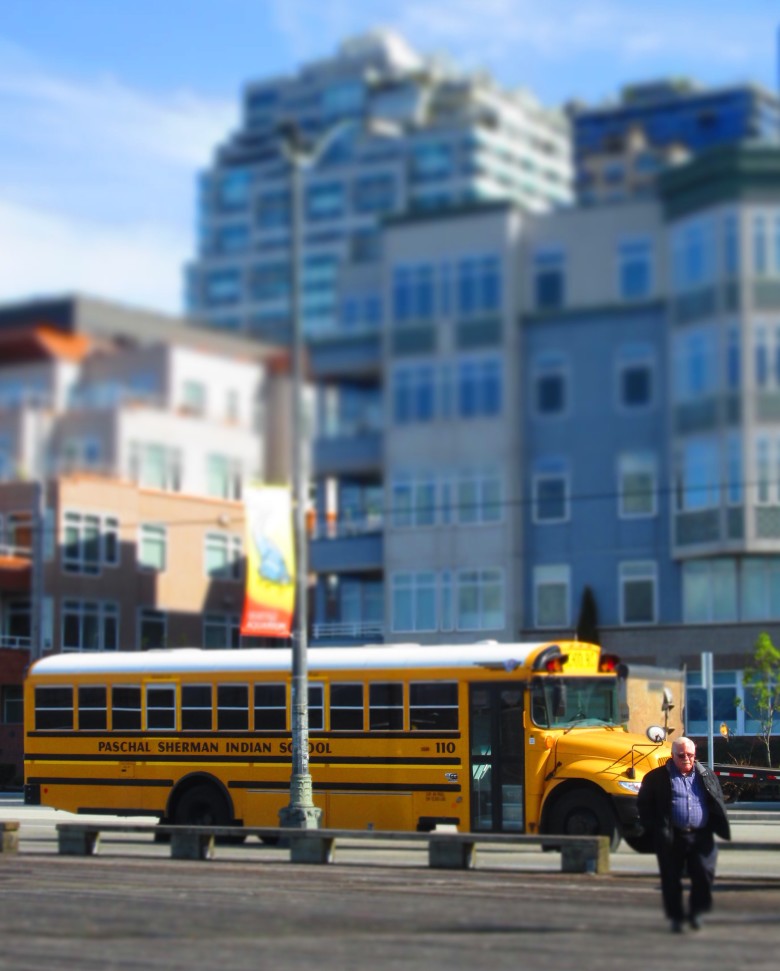 Small bus in the big city

Eighth and ninth graders at Paschal Sherman Indian School traveled to Seattle for two days in late April. Twenty students and five chaperones rode the bus to the Seattle Center, where the first stop was the EMP Museum. Students explored the exhibits–including the Jimi Hendrix exhibit, the science fiction rooms, and the Nirvana/Seattle grunge music display–within the museum for several hours and participated in the hands-on music studios on the museum’s third floor.

After dinner, the group attended Little Shop of Horrors, which was co-produced by ACT and the 5th Avenue Theatre. In the intimate seating of ACT’s theater, the students had excellent views of the incredible stage, with its raising and lowering platforms, as well as the talented cast that brought this 1980s hit musical alive. (Back at school in the following days many “Feed Me, Seymour” jokes found their way into student conversations.) After the show, the students walked a bit in Seattle’s historic theater district, marveling at the size of the building and the bustling crowds out in the streets.

After a night in a Bellevue hotel, the group toured the Seattle Aquarium, where the students enjoyed both the visual displays of marine mammals, fish, and invertebrates and the sensory area of the aquarium, where they could touch starfish, sea cucumbers, and anemones. A walk around the Seattle waterfront area and a spin through Pike Place Market completed the trip, after which the students loaded back onto the bus for the 6-hour drive home, tired but full of happy memories and hundreds of photos. 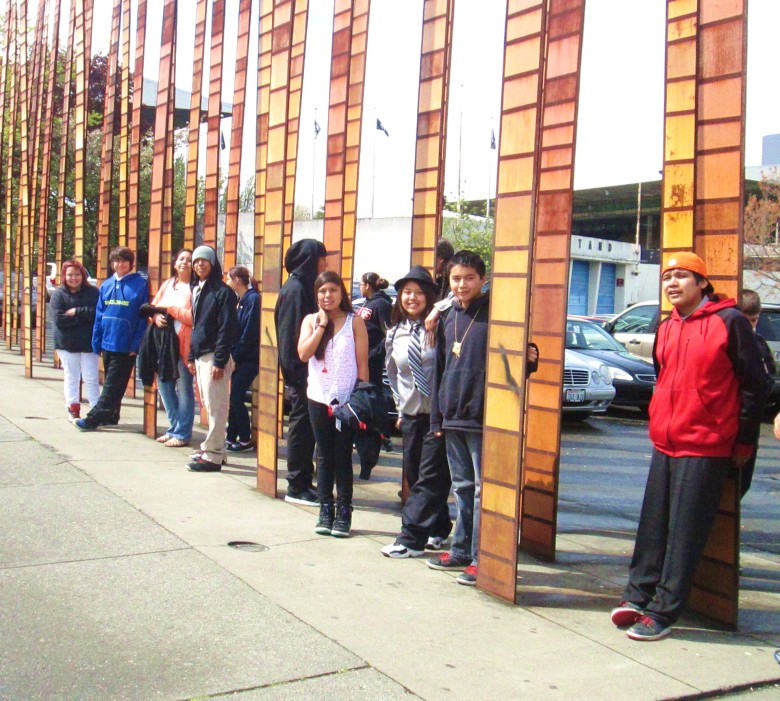 For most students, the trip was the first time they had seen a professionally-produced play. Many had never been to a large museum; some had never been to Seattle. Said one student at the end of the trip, “This was the best day of my life so far!”

This field trip was coordinated by Methow Arts Alliance and was sponsored by a private donor from the Methow Valley, the Community Foundation of North Central WA, the Paschal Sherman Indian School, the National Endowment for the Arts, and ArtsWA.