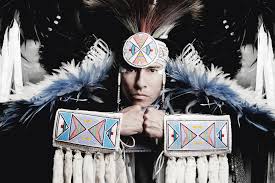 His name is SupaMan, an origin of the Apsaalooké (Crow Nation), who blends his Native American  culture with hip-hop in the Siouan language. He holds a dedicated mission of empowering youth and educating his followers with a message of hope through culture and music.

Because of the nature of this inspiring show, it is dance-floor only with limited reserved seating in the balcony and some seats along the perimeter.

The video for Supaman’s 2015 song “Why” opens with the stunning image of blue and white ribbons swaying in the wind. Adorned in traditional Native American regalia, the rapper—who was born Christian Parrish Takes the Gun and raised on a reservation near Billings, Montana—performs the men’s fancy dance alongside world champion jingle dress dancer and Umatilla tribe member Acosia Red Elk.

As the two move together in the countryside, Supaman layers his signature drum loops against a prayer melody from the Native American Church (NAC), then begins rapping about economic inequality and the struggles of parenting. 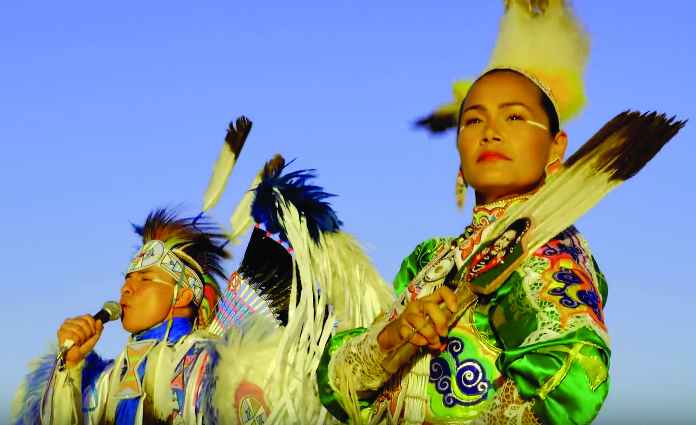 Supaman is a Native American dancer and innovative hip hop artist who has dedicated his life to empowering and spreading a message of hope through culture and music.

A member of the Apsáalooke (or Crow) Nation, Supaman is energized by the movement for indigenous unity. He’s also passionate about another culture: hip-hop. Drawn to parallels in the genre’s stories of systematic oppression, Supaman was inspired by B-boying and the Rock City Crew, and began DJing in the ’90s.

While he frequently inserts Native instrumentation into his beats now, it hasn’t always been easy to blend those traditions with hip-hop. Throughout our conversation, Supaman reminds me that he’s “old school” and has witnessed decades of change within his community.

Supaman’s work—both in uplifting Native culture and his knack for melodic ingenuity—has earned him numerous accolades, including his most recent MTV Video Music Award in August, 2017, an Aboriginal Peoples Music Choice Award for his video Why-CLICK HERE TO WATCH, Native American Music Award, and seven Tuney Awards. The well-decorated artist encourages others to learn about their history, no matter their background.

“When I’m invited to a nonnative school, it’s an amazing opportunity to share music and culture with them,” he says. “I feel like I have a responsibility to educate about Native people, and the history of the United States, and basic things like breaking stereotypes of Native people. Like, ‘Hey, I’m drug- and alcohol-free, believe it.’ I invite all of them to my reservation because they’ve been taught not to go to the rez, [or they’ll] get killed.”

“When it’s all-Native it’s great too,” Supaman continues, “because you get to share your accomplishments with them. You get to say, ‘Hey, I’m a fancy dancer. I embrace the culture and I embrace this other culture, which is hip-hop.’ We have the opportunity to share our heart and tell them that it’s good to stand up for these rights; it’s good to be drug- and alcohol-free, and embrace culture… I want to show Native youth that it’s okay to embrace other cultures, so long as you don’t forget who you are and where you come from.”

He recently was voted MTV’s new Artist of the Week! and is been the recipient of the Nammy “Native American Music Award”, “North American Indigenous Image Award”, and has received 7 “Tunney Awards”. He recently was awarded The Aboriginal Peoples Choice Music Award in Canada for best video titled “Why”. The video has gone viral, receiving over 3 million views on youtube and facebook. Watch it HERE: https://tinyurl.com/supamanwhy

I pray for the ones listening right now
Struggling, feel like giving in right now
I’ma pray for you
Pray that you come back home
I pray that you understand that you’re never alone

I pray for the single mothers and the deadbeat dads
Start to get off and go party, gets me mad
So I pray
Pray for peace, I pray for change
Keep on praying when everything stays the same

Due to the nature of this performer, this show is standing room only with limited seating available. We encourage our audience to prepare for a dance party and celebration of music.