“Do not miss this show! Canada’s premier neo-tradsters romp from world-beat to blues, urban-pop to old-timey, with wild-eyed invention, haunting traditionalism, and spine-rattling groove.” (Scott Alarik, The Boston Globe) 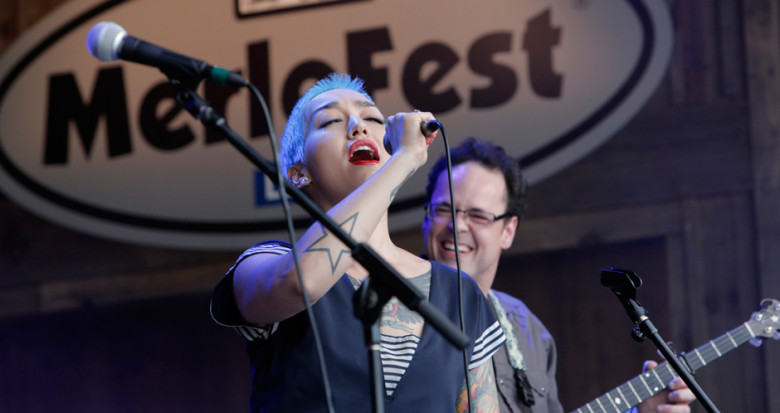 Voted by NPR as one of Folk Alley’s Top 10 Folk and Americana Albums of 2014 and one of Americana’s (Music Association) top albums of the year for their album ‘Beyond the Blue’.

GRAMMY nominees and JUNO award winners, seeing The Duhks live is nothing short of a spiritual experience. A syncopated bluesy banjo number seamlessly follows a Brazilian samba; an old-time jaunt nestles comfortably next to a gospel performance. One of the most musically adventurous bands to come from the roots scene in the past decade, The Duhks return to the stage is definitely a cause for celebration.

Beyond the Blue is a “tasty potpourri of cultural influences, styles and substance”
–Huffington Post, Michael Bialas

No band epitomizes the polyethnic strands of modern folk music better than The Duhks. Since forming in Winnipeg in 2001 The Duhks have created a dynamic blend of old-timey, French Canadian and Celtic music punched up with shades of blues, soul and driving Afro C 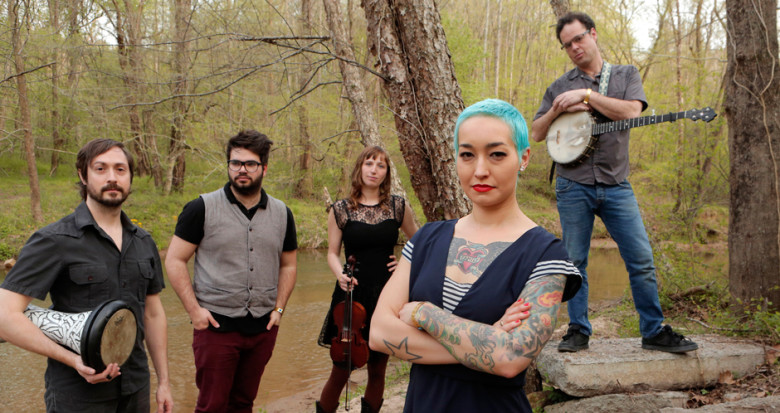 uban rhythms that leaves festival crowds on their feet. Over the course of 4 critically-acclaimed albums the band has earned Juno and Grammy awards and nominations and have played a significant role in the neo-folk revival.

On Beyond the Blue The Duhks are in the best form of their 13 year career. Rejuvenated by a two year hiatus and energized by the return of vocalist Jessee Havey and the addition of new members, fiddler Rosie Newton, drummer/percussionist Kevin Garcia, and guitarist/bouzouki player Colin Savoie-Levac, The Duhks founder Leonard Podolak found an amazing pallet of inspiration for the new project. “All of the people who have been in the band over the years, including non-touring founding members Tania 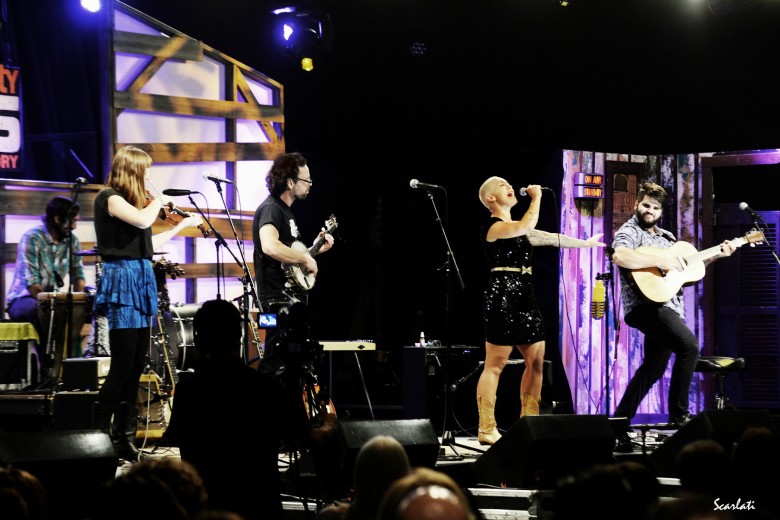 Elizabeth and Jordan McConnell (who both appear on the album) have had a hand in shaping our sound and direction. The goal with the new record was to draw on everything we’ve learned over the years and everything we know about where we want to take the music now and create something as fresh, exciting and forward thinking as possible.” Toward that end, the band turned to the rising production team of Mike + Ruthy (Mike Merenda and Ruth Unger of The Mammals), who brought a progressive approach to production that was still firmly rooted in the traditions of folk music.

“The inventive Canadians in The Duhks are widely beloved for their smooth blend of traditional roots music, bluegrass and soul which they inject with well-placed Afro- Cuban and Celtic influences” –NPR

Musically, the new project is reminiscent of 2006’s Grammy-nominated Migrations, but with a sound that is even more dense and grittier than 2008’s Fast Paced World. The album opens with the title track, a gorgeous song by Beth Nielsen Chapman and Gary Nicholson that begins with the bell-like drone of Leonard’s claw hammer banjo and the ethereal sound of guest Charlie Rose’s lap steel before giving way to Jessee’s expressive alto, perfectly complemented by Tania’s harmonies. On “Banjo Roustabout” electric guitar and drums bring out the more aggressive side of the band’s sound while “Suffer No Fools” is  a beautifully rendered acoustic waltz ornamented by banjo, strings and percussion and beautifully sung by Jesse and Tania. Taken as a whole, Beyond the Blue represents a group of musicians at the peak of their powers, the music shaped by their collective experience of years on the road and driven by the sheer joy and inspiration that comes from reuniting and rediscovering that magic that drew them together in the first place.