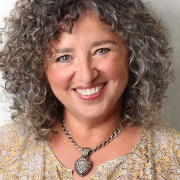 Ki (rhymes with “hi”) is an accomplished director, actor, playwright, and 25-year professor at Seattle University.  Her work has been produced in theaters in Seattle, San Francisco, Los Angeles, and New York City.  She is extremely well-respected in the U.S. theater community, and The Merc feels lucky to now have her as part of the Methow theater community. She and her husband, Marty Cole, own a home in Mazama.

Ki will pick up where Julie left off, using the plays Julie chose for the upcoming season.  This allows The Merc to not miss a beat while Ki gets a chance to know the community.  Ki will start out directing a Readers’ Theater production of Memory House  in September, and will then direct the theater’s Christmas play, Louisa May Alcott’s Little Women.  She will also be mentoring high school student, Morgan Tate, on her senior project which is to direct a Reader’s Theater version of Thornton Wilder’s Our Town.

Ki has plans to develop the synergy with her connections in Seattle to give Methow audiences a taste of something different.  Two projects in the works include bringing to The Merc this season a Madcap Melodrama radio play she’s adapted and a Seattle University student production of The Imaginary Invalid by French playwright Moliére.

Ki hopes to meet lots of community members who are interested in any aspect of theater, whether it’s acting, directing, costuming, lighting, stage managing or otherwise, when she holds General Auditions the first weekend in September.