This morning, President Trump submitted his administration’s first budget request to Congress. The proposal calls for an elimination of all funding for the National Endowment for the Arts (NEA) in fiscal year 2018.

I have spent the majority of my professional life helping connect people to one another through the arts, cultural exchange and the humanities. There has never been a time when the arts didn’t help shape who I was and who I became — from hands-on arts education from my parents who were artists and teachers throughout my school years to transformational cultural experiences as an adult. I’ve been able to share what I learned with my own community and now my daughter as she finds her creative voice.

It is with this in mind that I write about the Trump administration’s proposed budget that eliminates federal agencies that are the bedrock of America’s cultural and artistic vision: the National Endowment for the Arts and the National Endowment for the Humanities. These are organizations that invest in the people who live in communities of all sizes. Programs stimulate local economies through partnerships with schools, veterans’ hospitals, nonprofit arts and culture organizations, libraries, museums and more.

Shutting down these critical agencies is not a financial decision to balance the federal budget:  Their budgets are very small. Together with the Corporation for Public Broadcasting (also facing proposed elimination), they make up only 0.02 percent of the annual federal budget. However, the impact is exponentially large and has garnered bipartisan support across the country for their role in job creation and attracting businesses into communities.

Rural areas, low -income communities and schools in Okanogan County and across the country would suffer disproportionately from reductions in government arts funding. By using a combination of state and federal funds, state arts agencies award more than 25% of their grants to rural  areas like ours, 54% to low-income communities and 45% to arts education  projects.

(In addition to contracting over 30 local teaching artists, Methow Arts brings high-caliber touring artists from around the globe. This means that over 5,000 students in six school districts within Okanogan County get to experience world-class performance without traveling to an urban setting. Many students never leave the region. By investing in culturally diverse performance, Methow Arts brings a breadth of cutting edge performance art from around the world: Mongolia to Peru, Colombia to the Ukraine and Argentina. Investing over $45,000 a year in artist and event fees means diligent fundraising and grantwriting. In fact in 2016 over $43,000 came from NEA-funded grants.) 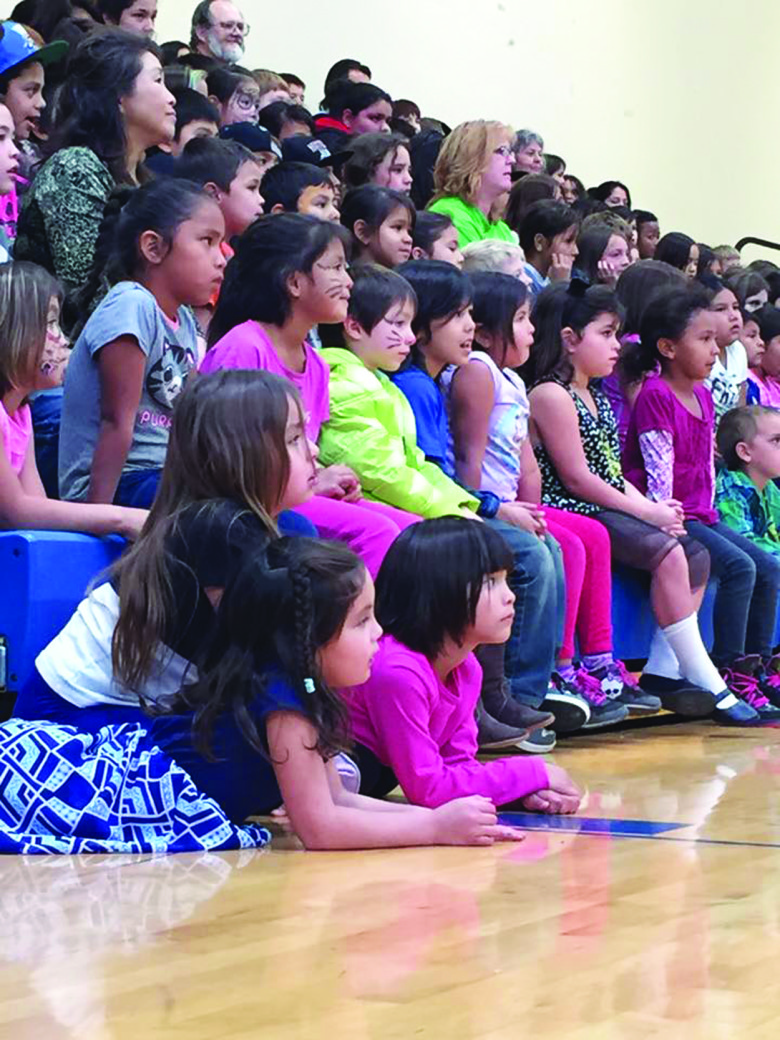 For my organization alone, National Endowment for the Arts (NEA) contributed more than $43,000 last year in funding, over 17% of our budget. These funds leveraged vital grant dollars to Methow Arts that are over $125,000 that fund arts education programs for six school districts in Okanogan County, wages to over 30 local professional artists, promotion of cultural tourism for our towns and creative industries, public art creation and installation and cutting-edge performances from around the globe. Needless to say, elimination of NEA would require us to cut arts education for rural students in their schools. For most schools Methow Arts programs are the only art instruction they receive during their school day and out. They would simply go without art education.

I believe that the opening of hearts and minds that happens when people have access to other cultures and creative self-expression is core to a healthy and thriving community and country.

Americans for the Arts states that students have better academic outcomes when they participate in arts learning, and a large majority of business leaders say that “creativity is of high importance when hiring.” The arts and humanities are good for the success of young people and good for the economy, and we all benefit from that.

As Johnson said in 1965, this is about more than just the money: “It is in the neighborhoods of each community that a nation’s art is born. The arts and the humanities belong to the people, for it is, after all, the people who create them.”

If you have any questions, would like to support the Arts in a greater way or would like to know more about our programs, please contact me at 509-997-4004 or amanda@methowartsalliance.org. See the information below from NASAA (National Association for State Arts Agencies) regarding today’s announcement that President Trump submitted his administration’s first budget request to Congress that calls for an elimination of all funding for the National Endowment for the Arts (NEA) in fiscal year 2018.

This morning, President Trump submitted his administration’s first budget request to Congress. The proposal calls for an elimination of all funding for the National Endowment for the Arts (NEA) in fiscal year 2018.

This is the first—not the final—step in the FY2018 appropriations process. The President’s request outlines his administration’s policy priorities. However, Congress holds the constitutional authority to appropriate funds to federal agencies. Congress needs to hear from you that elimination of or radical reductions to the NEA are unacceptable to taxpayers.

National Association for State Arts Agencies  has been preparing for months for this scenario. As Congress begins work on its own budget bills, we are already working with champions on Capitol Hill to deploy a bipartisan strategy for pushing back. Here’s how you, your council members and constituents can help right now: