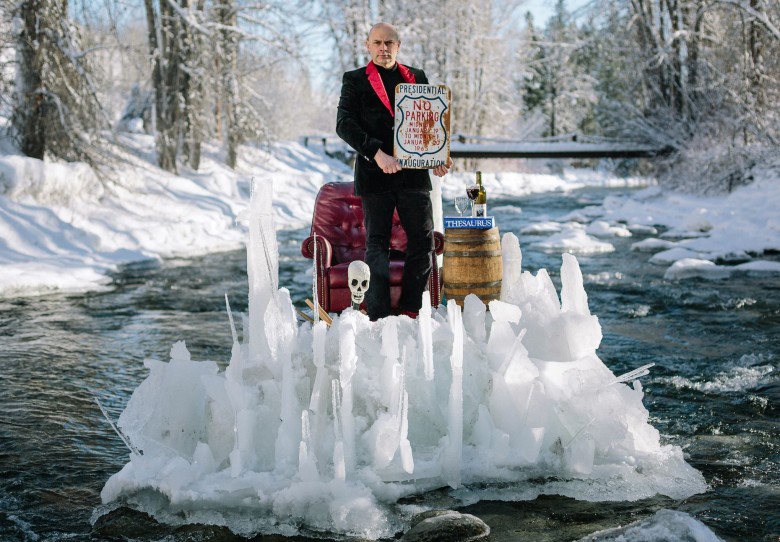 DANBERT NOBACON & THE AXIS OF DISSENT also plays The ANTI-INAUGURATION SHOW on January 20, 2017 at Black Zia Cantina in Burien as part of Seattle protest, with Killandwake and the the show is preceded by a political art show:
Inauguration day kiss off! Art show/bands/booze/bedlam

Danbert will also be part of the bill to welcome the Seattle’s Women March on Saturday, January 21st in the afternoon at Seattle Center.

“Danbert Nobacon is one of those crazy genius musicians. His earthy, impassioned voice casts a charming line, baiting and hooking willing ears to his message. Whether or not the message is understood isn’t the point—just that it’s heard.”
—Albuquerque Alibi

SOUNDCLOUD LINK TO “Revolution 9.01” – please post and share!
https://soundcloud.com/danbertnobacon/revolution-901/s-zpPj3
Freak music legend Danbert Nobacon got an associate degree in the science of children’s play in the 1990’s whilst moonlighting in the punk rock band Chumbawamba. He is currently making music and art and teaching theatre at a local Junior High/High School in North Central Washington. The Axis of Dissent features musical luminaries from some of the very best of Pacific Northwest bands including The Bad Things, Rabbit Wilde and The Mongrel Jews.
“Revolution 9.01” is the first release from their forthcoming album Stardust to Darwinstuff — due in April 2017, which will be Nobacon’s first album release in seven years.
Big Freak Media would love to have your help in getting the word out about this very timely, ferociously on point release. Please let us know if you would like a download of the song, and the upcoming album, and if you wish to speak to Danbert for further coverage as well.
DANBERT’S RECENT ESSAYS:
http://www.theweeklings.com/dnobacon/2016/11/10/die-capitalismos-die/
http://www.theweeklings.com/dnobacon/2016/12/14/evolve-viva-la-resistance-evolve-viva-la-revolution/
LINKS:
www.danbertnobacon.com
https://www.facebook.com/danbertnobacon
https://www.facebook.com/howtheuckcanpeoplefinditifIcannotusemyname/https://soundcloud.com/danbertnobaconhttp://www.theweeklings.com/author/dnobacon/

(The photo was taken on the mighty Twisp River in January 2017. Photo by Sol Gutierrez.   The photo is part of a  set Nobacon did for his new album booklet/cover artwork and this first one hosts the first track “Revolution 9.01” which comes out Jan 19th for the inauguration of Trump.)