An Inconvenient Sequel: Truth to Power

PG for thematic elements and some troubling images.

A decade after AN INCONVENIENT TRUTH brought the climate crisis into the heart of popular culture, comes the riveting and rousing follow-up that shows just how close we are to a real energy revolution. Former Vice President Al Gore continues his tireless fight, traveling around the world training an army of climate champions and influencing international climate policy. Cameras follow him behind the scenes – in moments both private and public, funny and poignant — as he pursues the inspirational idea that while the stakes have never been higher, the perils of climate change can be overcome with human ingenuity and passion.

PG-13 for intense war experience and some language

Miraculous evacuation of Allied soldiers from Belgium, Britain and France, who were cut off and surrounded by the German army from the beaches and harbor of Dunkirk, France, between May 27- June 04, 1940, during Battle of France in World War II. 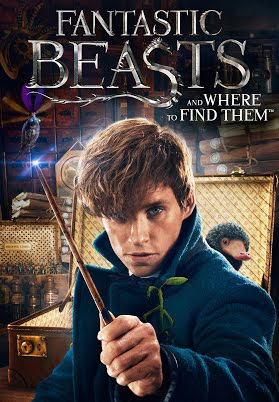 Fantastic Beasts and Where to Find Them

“Fantastic Beasts and Where to Find Them” opens in 1926 as Newt Scamander has just completed a global excursion to find and document an extraordinary array of magical creatures. Arriving in New York for a brief stopover, he might have come and gone without incident…were it not for a No-Maj (American for Muggle) named Jacob, a misplaced magical case, and the escape of some of Newt’s fantastic beasts, which could spell trouble for both the wizarding and No-Maj worlds.

R for language throughout, crude sexual references, some drug use and a brief nude image

PATTI CAKE$ introduces Australian actress Danielle Macdonald in a breakout role, as aspiring rapper Patricia Dombrowski, a.k.a. Killa P, a.k.a. Patti Cake$. Fighting an unlikely quest for glory in her downtrodden hometown in Jersey where her life is falling apart, Patti tries to reach the big time in the hip hop scene with original and affecting music. Cheered on by her grandmother (Cathy Moriarty) and only friends, Jheri (Siddharth Dhananjay) and Basterd (Mamoudou Athie), Patti also shoulders her mother’s (Bridget Everett) heartaches and misfortunes.

Rumble: The Indians Who Rocked The World

This powerful documentary about the role of Native Americans in contemporary music history-featuring some of the greatest music stars of our time-exposes a critical missing chapter, revealing how indigenous musicians helped shape the soundtracks of our lives and, through their contributions, influenced popular culture.

R for some sexuality

While imprisoned in a Confederate girls’ boarding school, an injured Union soldier cons his way into each of the lonely women’s hearts, causing them to turn on each other, and eventually, on him.

PG for sequences of violence and action, and some suggestive content

Before she was Wonder Woman, she was Diana, princess of the Amazons, trained to be an unconquerable warrior. Raised on a sheltered island paradise, when an American pilot crashes on their shores and tells of a massive conflict raging in the outside world, Diana leaves her home, convinced she can stop the threat. Fighting alongside man in a war to end all wars, Diana will discover her full powers…and her true destiny.An Amazonian princess leaves her island home to explore the world and, in doing so, becomes one of the world’s greatest heroes.