The Gentleman of Hip Hop

Jorge Casco invites audience members to disregard their expectations when they think about Fly Dance Company.

“It will be more than they expect to see,” Casco said in an interview from his home in Texas. “They might be expecting to see a hip-hop dance company dancing to hip-hop music, but it’s more than that.”

Known as the “Gentlemen of Hip-Hop,” Fly Dance Company features male dancers mixing it up with bits of athletic movements, vaudeville and even some comedy influenced from the Marx Brothers.

“You’re going to see some slapstick comedy,” Casco said. “And you’ll see one guy spinning on his head for a very long time. We dance to music by Nat King Cole to James Brown to Michael Jackson — a variety of music. This is a wholesome and clean, fun show.”

“Fly Dance Company: The Gentlemen of Hip-Hop” will perform at 7pm on Sat, Feb 9 at The Barn in Winthrop, WA.

Casco, the executive director of the company, considers the movements to be universal.

“If you take the music away and put some hip-hop music behind it, it’s more hip-hop than hip-hop itself,” he said. “We try to present our concert in a way that’s acceptable to everybody, from 8 years old to 80.”

The company, with self-taught dancers, considers itself as a contemporary dance company with hip-hop technique. Casco sees formal dance training as limiting.

“With formal ballet, they are very strict on where your positions should be,” he said. “First position, second position. We respect that and it’s a very hard discipline. With hip-hop, it’s the opposite of that. It’s sort of what modern is to ballet. With us, it’s all about the feeling and how the music moves you.”

Like all dancers, performers of Fly Dance use technique and movement vocabulary.

“But it’s like a raw essence of it,” Casco said. “If you’re conditioned to move in a certain way, it’s hard to find that natural, raw look. For somebody who doesn’t have a lot of experience and gets into the groove of hip hop or house or break dancing, there’s an ascetic of dancing that you lose if you come with a dancer’s background.”

Casco constantly encourages his dancers to find new ways to express themselves. 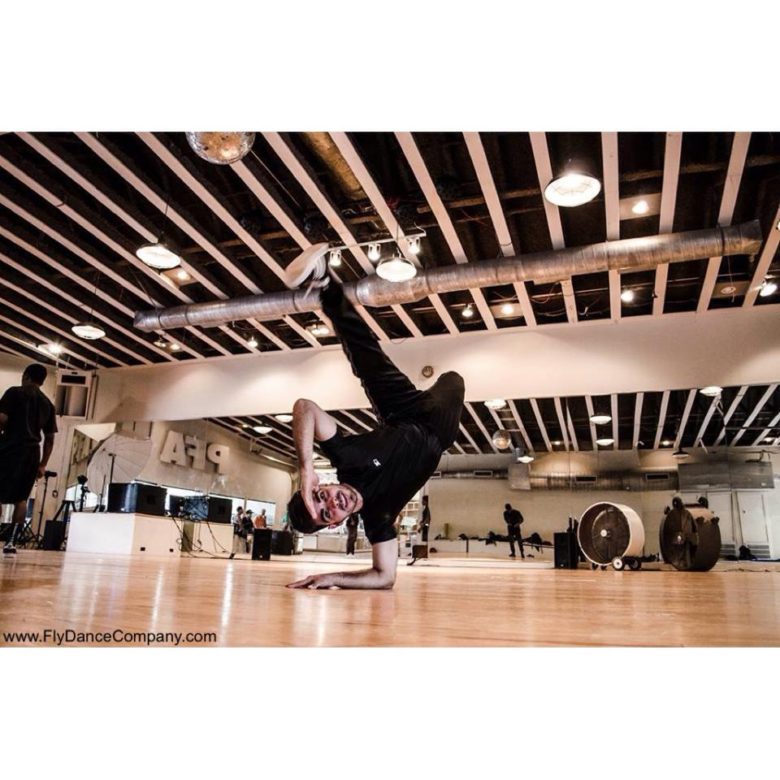 “If they do a move this week, they don’t want to do the same move next week,” he said. “There’s a foundation that everyone builds off of, but then we want to keep evolving the movement. You want to create your own step. Originality is something that our artists really crave because you don’t want to dance like another guy.”

That leads the dancers to always search for an individual style, including bits of acting, personality and other aspects.

“Come with an open mind,” Casco said. “If you have any stereotypes on what hip hop is, we’re going to shatter all of that. We want to let the audience know that you won’t be offended. You’ll be at the edge of your seat.”