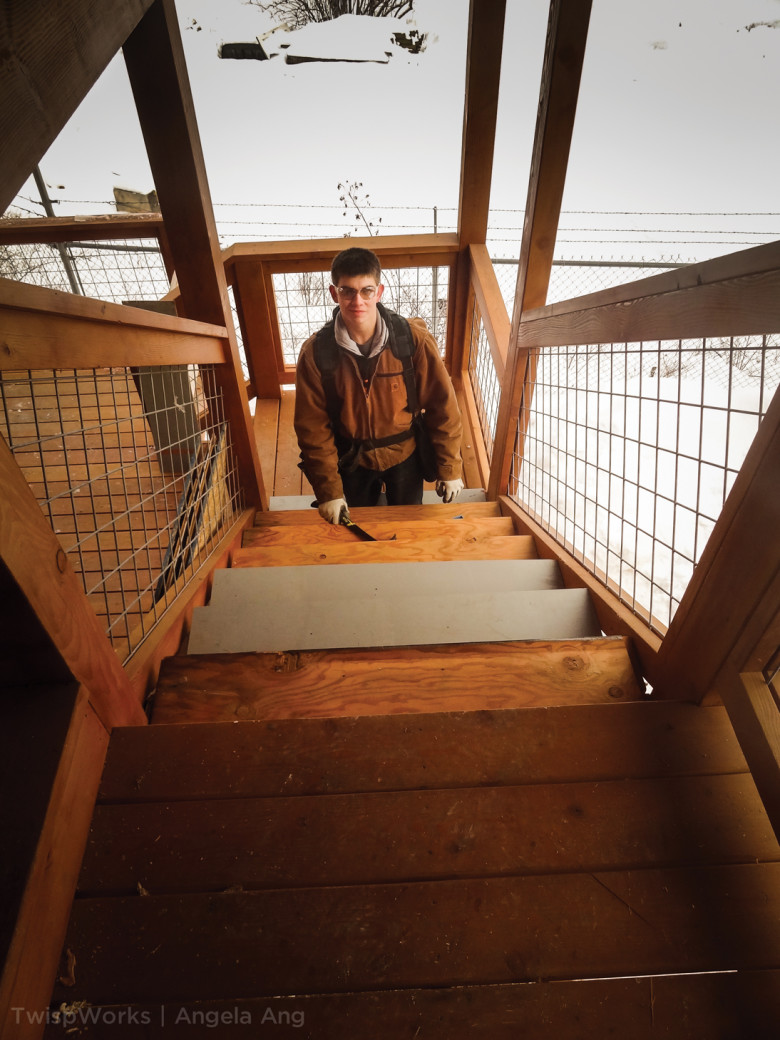 rming an 86-year old historic ranger station into a center for community and creative enterprise. Planned improvements this spring include the interior completion and occupancy of the Bernard Hosey Founders Building (known as the North Warehouse or the fire cache building), and aesthetic and landscaping improvements to attract and welcome the public to Twisp and TwispWorks.

The former fire cache building, dubbed the Bernard Hosey Founders Building after the well-known sculptor and early supporter of TwispWorks, will house a total of seven rentable units, which represents another seven or more jobs on campus, and a common space with a shared kitchen. The first occupants are expected in March and April; the first floor will house the return of Methow Valley Ceramic Art Center, the expansion of printmaking studio Door No. 3, and local educator Bo Thrasher’s flexible classroom space. The building will also welcome local community radio station KTRT.

“Being more accessible has made it easier to do more interviews, which was one of our goals,” says Don Ashford, KTRT general manager. “Hardly a day goes by without someone coming in for an interview.”

Landscaping will begin around the exterior of the completed Bernard Hosey Founders Building this spring, and the first public Open House will be held during Art Walk on Memorial Day weekend.

Other landscaping projects that will begin in Spring 2015 and carry on through the rest of the year include adding a new campus-wide way finding program to improve visitors’ experience, and breaking ground on a new community plaza and all-season covered pavilion in the middle of the TwispWorks parking lot.

“The U.S. Forest Service used the ranger station to maintain large vehicle fleets. For today’s use, we’re transforming it to a human-scale,” says Tori Karpenko, Director of Campus Operations. “We’re trying to create user-friendly places for startup businesses to grow, and a people-friendly campus that supports the comings and goings of all kinds of visitors.”

Other improvements planned for the near future include utility and infrastructure upgrades in the campus’ open bays to create more rentable space.